We are a Los Angeles-based talent management and public relations agency, established in 1982, by entertainment and media industry executive Brad Lemack.

In August 2020, Brad published a COVID Update to The New Business of Acting: The Next Edition which explores the impact of the pandemic on the industry and guides actors in how to create and navigate a COVID-proof action plan for getting back on their career journeys in the “new normal.” COVID Update ranked Amazon’s #1 New Release in its genre when it was published.

Lemack & Company is the recipient of numerous awards for its work in the not-for-profit sector, including six prestigious PRo Awards for Excellence from the Publicity Club of Los Angeles, the prestigious PRism Award from the Public Relations Society of America and two National Marketing & Communications Awards from Big Brothers Big Sisters of America.

Brad Lemack opened Lemack & Company in 1982, following his stint as a publicity executive at pioneering producer Norman Lear’s TV production company, housed on the lot at Universal Studios, in Hollywood.

He was responsible for the episodic and series publicity for many of the company’s network television hits at the time, which included The Jeffersons, One Day At A Time, Archie Bunker’s Place, Diff’rent Strokes, The Facts of Life and Square Pegs, as well as several after-school specials, syndicated programming and movies for television.

Previously, Lemack had been an innovative television and radio producer and broadcaster for many years in Boston.

Creating the opportunity to do the kind of work he has a passion for with the opportunity to develop, redevelop and brand new, emerging and established talent, Lemack & Company has since established itself in many areas of talent management and public relations, including entertainment, personality and book publicity, business, corporate and non-profit, special event creation, production and promotion, and career/brand development, marketing and career coaching for actors.

In addition to Brad’s leadership at Lemack & Company Talent Management/Public Relations, he has also been a member of the faculty at Boston’s Emerson College Los Angeles campus since 1995, where he created and teaches courses in entertainment public relations, the business of acting and entertainment industry career development through the College’s acclaimed internship program. He is the recipient of Emerson’s prestigious 2022 Alan L. Stanzler Award for Excellence in teaching, marking the first time a Los Angeles campus faculty member received a college-wide award.

In 2010, Brad added to his academic responsibilities when he joined the faculty of North Carolina's Elon University Los Angeles Program, where he created and teaches entertainment PR and film unit publicity. In 2013, he also created and taught a strategic acting for the camera class at California State University, Northridge.

Brad received his Bachelor of Science degree from Emerson College in communication studies and his Master of Arts in theatre arts and dance, with a concentration in performance for social change, from California State University, Los Angeles.

He is also the host of the YouTube series Web TV series Inside the Business of Acting and is the creator and host of RerunIt.com, which celebrates "classic" television celebrities and American pop culture.

Brad also contributed to the book of the musical BARK and has two other plays and one other book currently in development. He is a regular contributor to the industry publication Backstage, where he writes about the business of acting.

Other Projects We're Also Involved With


RerunIt.com celebrates American pop culture with a library of on-demand video interviews with television and film celebrities who have helped create, shape and define the media landscape, becoming icons in their own right in the process. This rare, exclusive content is repurposed from television and radio interviews dating back to the 1970’s. 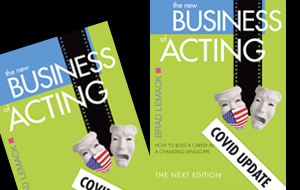 Amazon #1 New Release in its Genre

In an expanded and updated follow up to his popular first book, The Business of Acting: Learn the Skills You Need to Build the Career You Want and his second book, The New Business of Acting: How to Build a Career in a Changing Landscape, Brad Lemack offers both young, new-to-the-business and "working" actors a vital perspective on the changing landscape in which they seek to launch, grow and brand (or to reinvent and rebrand) their professional careers. His third book, The New Business of Acting: The Next Edition, teaches readers how to navigate through and thrive in a continually changing landscape in an industry now challenged to redefine itself and how it does business. 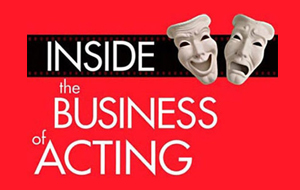 Inside The Business Of Acting

The Web TV series Inside The Business of Acting, hosted, Brad Lemack, features one-on-one conversations with successful, working actors and other industry professionals talking about their career journeys, turning points and lessons learned along the way. The on-demand series guides viewers through informational and entertaining conversations designed to empower young actors in the journeys of their own careers.

New episodes are now available featuring industry leaders talking about the impact of the COVID-19 pandemic on the industry from their perspectives.